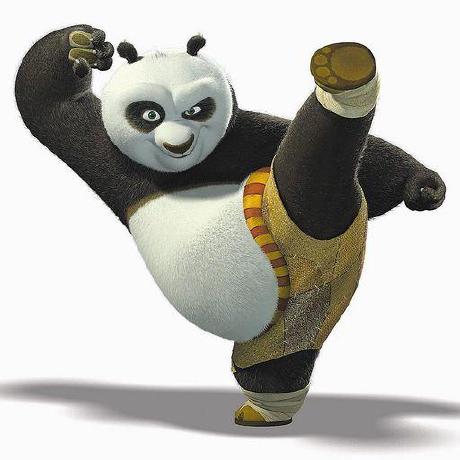 Even after 10 years of programming, I still have a relentless curiosity about new software algorithms, reading papers and blog posts, and learning from other engineers. The best part, however, really comes when you have the opportunity to implement one algorithm and even customize it for your specific use case. In this post, I will walk you through my journey from understanding cluster membership fundamentals to the implementation of Chitchat, our Rust implementation of the Scuttlebutt algorithm with a phi accrual failure detector.

I will first introduce the cluster membership subject and give some details about the current membership algorithm used in Quickwit (SWIM). Why we decided to move away from it, despite being slightly faster conceptually than the successor. Then, I will explore in-depth how scuttlebutt and the failure detector algorithms work, how we have implemented them. Finally, I will describe a couple of real-world issues that we have encountered and how we solved them.

What is cluster membership?​

Given a cluster of nodes, cluster membership is the sub-system that allows each node to know the list of its peers. It detects node failure and eventually, make all other nodes aware that a failed node is no longer a member of the cluster.

One common way to address this problem is to have a monitoring node in charge of checking the health of all the other nodes by running a heart-beating scheme. This approach works well for a few nodes but shows hot spots as the cluster gets larger. Another way is to put all the nodes in charge of monitoring. While this avoids hot spots, all existing heart-beating scheme offer different levels of scalability and accuracy. Some generate a lot of network traffic while others might take a bit of time to converge. All these issues combined make cluster membership a tricky engineering problem.

What is SWIM and why are we moving away from SWIM?​

Since our first release, Quickwit has had a cluster membership feature in order to provide distributed search. SWIM is the algorithm currently used for this feature. It is based on a gossip style that is referred to as dissemination aka “rumor-mongering”. Scuttlebutt is different and is based on another gossip style called “anti-entropy”. Robbert et al in their paper explained the difference between both gossip approaches as follows:

Next is a real-world example we like to use for explaining the differences between rumor-mongering and anti-entropy:

We also struggled to find a suitable library-oriented implementation of SWIM in Rust. Though we found Artillery very useful to start with and want to thank all the contributors, we wanted a more battle-tested implementation like Serf in Go.

Moreover, we found that scuttlebutt as an algorithm:

Scuttlebutt is a gossip algorithm with a reconciliation technique fully described in this paper. In scuttlebutt, every node keeps a local copy of the cluster state which is a map of node ID to node state. Think of it as a key-value store namespaced by node ID in which a node is only allowed to modify (create/update/delete) its own namespace. A node can apply the changes it perceives from other nodes while gossiping. However, it cannot directly update the other node’s states. Because scuttlebutt employs the anti-entropy gossip technique, all the nodes in the cluster eventually get the latest cluster state at some point. Also, notice how the concept is based on key-value store, making it easy for nodes to share information.

The following is a JSON representation of node node-1/1647537681 view of the cluster state. The number following node-1 is a timestamp and you will soon understand why we added that number. Notice how each node advertises its own grpc_address and heartbeat counter.

The gossip protocol works as follows:

Let’s now describe the flow of a single gossip round between two nodes.

As you can see from the above figure, a gossip round is initiated by node A:

A side note about heartbeats​

In most distributed systems, nodes get their presence noticed via heartbeats, and the scuttlebutt algorithm is no different. However, scuttlebutt provides heartbeat implicitly via state reconciliation in two ways:

In scuttlebutt algorithm, rather than having a dedicated heartbeat message, every node maintains a heartbeat counter key in its own keyspace that gets updated continuously. This acts as a state change that needs to be propagated naturally like any other value a node wants to advertise or share with others.

How do we distinguish between dead and slow nodes?​

In scuttlebutt, when a node stops sharing updates (stops heart-beating), its state is just left alone. So how can we confidently flag a node as dead or faulty? We could use a timeout but we can do better: using the phi accrual error detection algorithm plays nicely with scuttlebutt. This algorithm calculates the phi value based on a window of recently received heartbeat intervals which is a good approximation that takes into account network delays, packet loss, and app performance fluctuation. By default, we use a window size of 1,000 heartbeat intervals just like Apache Cassandra. The default phi threshold of 8.0 since the paper suggests a value between 8.0 and 12.0. In a real-world scenario, this is really about trading off between quick failure detection and accuracy.

Filling the gap between Chitchat and Quickwit​

So far we have explained scuttlebutt and the phi accrual failure detector, which are the core components of our cluster management library implementation (Chitchat). However, some of our requirements in Quickwit still represent challenges for fully integrating with Chitchat.

Some requirements of our practical use case in Quickwit include:

As you may have noticed, simple to understand and implement correctly is one of our core guidelines when it comes to solving technical challenges at Quickwit. We refrained from adding more features to Chitchat by observing our needs and choosing the simpler solution along with some tradeoffs. Our solution consists of just leaving Chitchat as-is by defining what a Node Id is and requiring our client (i.e Quickwit) to provide their own customization on top of the Node Id.

This solution comes with a few advantages namely:

Some more issues and tradeoffs to be aware of:​

In this post, we have explored Chitchat, our new cluster membership management implementation using scuttlebutt gossip reconciliation technique enhanced with the phi accrual failure detector. We first briefly introduced cluster membership, next highlighted the reasons that made us move away from our previous implementation based on SWIM. Then explored the new implementation and described how we have had to tackle some challenges not necessarily addressed in the papers. We believe this lays a great foundation to build on and extend in order to satisfy upcoming feature requirements for Quickwit cluster management functionality. Last but not the least, Chitchat is self-contained enough to be used in other projects.